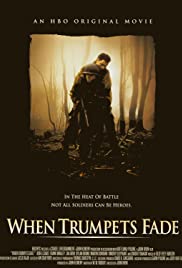 In WWII Western Germany, Private David Manning reluctantly leaves behind a mortally wounded fellow soldier and searches for survivors from his platoon, only to learn from commanding officer Captain Pritchett that they have all been killed in action. Despite requesting a discharge on the grounds of mental disability, Manning is promoted to sergeant and assigned to lead a new platoon of young inductees.