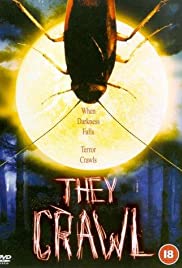 A computer whiz named ‘Bean’ is among several people found dead with strange striations, odd puncture wounds and missing internal organs. Bean’s brother Ted teams up with detective Gina to get to the bottom of it. With the help of a computer hacker, they find a blueprint that reveals the killer who has been terrorizing the city…a rampaging posse of genetically mutated cockroaches!