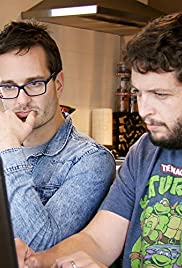 20-minute follow-up made up of never-before-seen footage It will reportedly involve the “bizarre and unsettling things” that happened to Farrier and Reeve as the began taking Tickled to film festivals and theaters last year, and it will feature the two of them beginning to “answer questions that remained once the credits rolled on Tickled, including whether the disturbing behavior they uncovered will ever come to an end.”