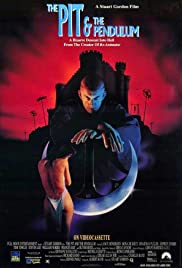 Set during the height of Spanish Inquisition. The beautiful and kind-hearted Maria is arrested as a witch when she inadvertently cries out in horror at the public whipping of a child. As Maria’s husband Antonio tries to save her, Torquemada, the Grand Inquisitor, determines to punish Maria with torture for the desire she inflames in him. Loosely based on Edgar Allen Poe’s classic short story.

Watch The Pit and the Pendulum