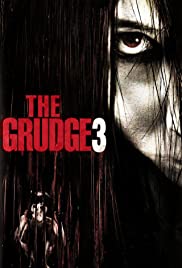 Jake, the sole survivor of The Grudge 2 massacre, is tortured by chilling visions of Kayako and Toshio that have led to his hospitalization. Jake’s caretaker, Dr. Sullivan is determined to investigate his horrifying tales. She explores his Chicago home, finding another family on the brink of succumbing to the curse. It becomes clear that Jake’s terrifying stories are true, and a mysterious Japanese woman may be the only hope of banishing the spirits forever…unless her plan destroys them all.