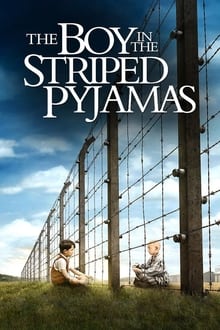 When his family moves from their home in Berlin to a strange new house in Poland, young Bruno befriends Shmuel, a boy who lives on the other side of the fence where everyone seems to be wearing striped pajamas. Unaware of Shmuel’s fate as a Jewish prisoner or the role his own Nazi father plays in his imprisonment, Bruno embarks on a dangerous journey inside the camp’s walls.

Watch The Boy in the Striped Pajamas