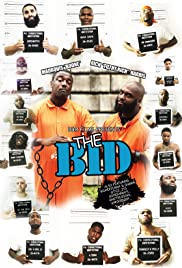 Loaded with a hilarious cast of comedians and internet personalities, The Bid follows Maurquis Boone and Richard “Philly Filthy Rich” Harris serving time for a crime they didn’t commit. Locked up, Boone & Rich encounter a variety of hardened, yet hilarious characters as they fight to prove their innocence and make it out the penitentiary in one piece.