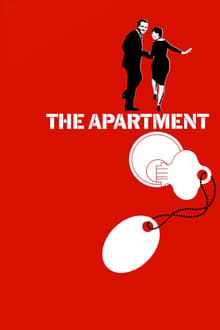 Bud Baxter is a minor clerk in a huge New York insurance company, until he discovers a quick way to climb the corporate ladder. He lends out his apartment to the executives as a place to take their mistresses. Although he often has to deal with the aftermath of their visits, one night he’s left with a major problem to solve.