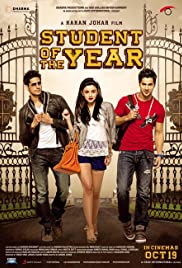 Dean Yoginder Vashisht, retired, has fallen gravely ill. Several students from his final year at St. Theresa’s College rush to his side. In flashbacks, they all recall the events that none of them have gotten over yet, including the dean, and how the “Student of the Year” competition shaped who they were, how they related, and what they’ve become.

Watch Student of the Year