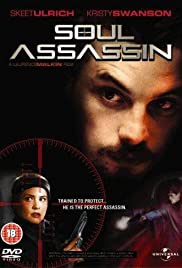 Kevin Burke a young executive for a multinational investment bank, is a rising star in the Rotterdam office. Rewarded for his perceptive eye and mastery of foreign languages, Kevin receives the promotion he has been working for – a coveted spot on the company’s internal security team. Trained by the enigmatic Mr. Ficks to protect the firm’s employees in volatile, third world markets, Kevin thinks he has a shield for every arrow. And this makes him feel safe, or at least “safer” than he’s felt since his father’s mysterious death. Karl Jorgensen, the Managing Director of the bank, is Kevin’s boss and surrogate father. He has mentored Kevin over the years, which makes his biological son, Karl Jorgensen Junior, visibly jealous. Jorgensen brushes off the “sibling rivalry”, but clearly favors Kevin, molding him into a confident, young man. It is this confidence that gives Kevin the courage he needs to propose to the woman he loves…