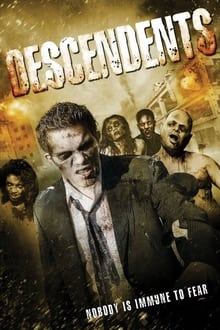 In an undefined future, the earth has been destroyed by man, and the air polluted with a mysterious virus that turns humans into zombies. Only a few children are immune to the disease and have adapted to these extreme conditions and survived. Camille, a nine year old girl wanders through these desolate wastelands, protecting herself from zombies and the armed military forces that roam the land killing anyone who might be infected. However, the little girl will find other kids like her that share a recurring dream of: they all have visions of the ocean as their destiny. Together they will try to survive the journey to the ocean in search of an escape from the military who seem to be as determined on their destruction as on the zombies. Written by David Pollison/Solos Website