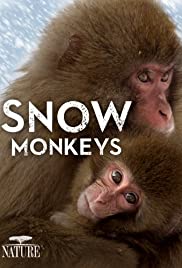 From PBS – In the frigid valleys of Japan’s Shiga Highlands, a troop of snow monkeys make their way and raise their families in a complex society of rank and privilege where each knows their place. Their leader is still new to the job and something of a solitary grouch. But one little monkey, innocently unaware of his own lowly social rank, reaches out to this lonely leader, forming a bond with him that manages over time to warm his less than sunny disposition. It is a rare and remarkable gesture that alters both their lives. Changing seasons bring new babies to care for, a profusion of insects and blossoms to eat, family disagreements to squabble over and tragedies to overcome. Mating season brings competition for females, as the days grow shorter and colder in a rush toward winter. But with their now confident leader to guide them and their families to shelter and care for them, this troop of snow monkeys is ready to face the world. Written by Anonymous