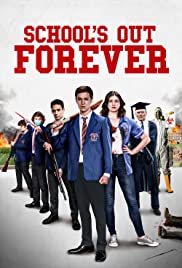 No sooner has 15-year-old Lee Keegan been expelled from his private school than an apocalyptic event wipes out most of the world’s population. With his father dead and mother trapped abroad, Lee is given one instruction: go back to school. But safety and security at St. Mark’s School for Boys is in short supply. Its high walls can’t stop the local parish council from forming a militia and imposing marshal law, while inside the dorms the end of the world is having a dangerous effect on his best friend and his unrequited crush on the school nurse isn’t helping him concentrate on staying alive.