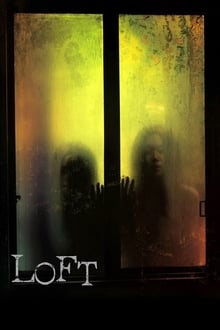 Suffering from writer’s block and some curious ailments, Reiko (Nakatani Miki) moves to a countryside villa at her editor’s (Nishijima Hidetoshi) beckoning to quietly work on her next novel. Her new environment turns out to be anything but peaceful though when she sights her next door neighbor, professor Minoru Yoshioka (Toyokawa Etsushi), surreptitiously moving a thousand-year-old mummified corpse into his university lab for research. Though Reiko and Yoshioka get off to a bumpy start, the two grow closer over time, enough so that Reiko eventually agrees to hide the mummy in her home. But the mummy isn’t the only unlikely guest in her walls, as a female ghost also lurks disturbingly in the background. At first seemingly a quick trick of the eye, she grows clearer and more distinct by the day.