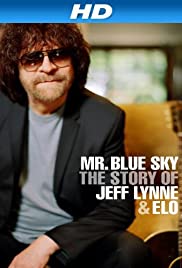 Documentary which gets to the heart of who Jeff Lynne is and how he has had such a tremendous musical influence on our world. The story is told by the British artist himself and such distinguished collaborators and friends of Jeff as Paul McCartney, Ringo Starr, Tom Petty, Joe Walsh, Olivia and Dhani Harrison, Barbara Orbison and Eric Idle. The film reveals that Lynne is a true man of music, for whom the recording studio is his greatest instrument. With access to Lynne in his studio above LA, this is an intimate account of a great British pop classicist who has ploughed a unique furrow since starting out on the Birmingham Beat scene in the early 60s, moving from the Idle Race to the multi-million selling ELO in the 70s and then, with Bob Dylan, Tom Petty, Roy Orbison and George Harrison, as a key member of the Traveling Wilburys.