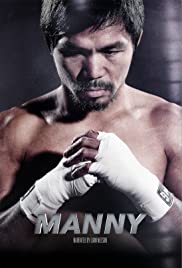 From abject poverty to becoming a ten-time boxing world champion, congressman, and international icon, Manny Pacquiao is the true definition of a Cinderella story. In the Philippines, he first entered the ring as a sixteen-year-old weighing ninety-eight pounds with the goal of earning money to feed his family. Now, almost twenty years later, when he fights, the country of 100 million people comes to a complete standstill to watch. Regarded for his ability to bring people together, Pacquiao entered the political arena in 2010. As history’s first boxing congressman, Pacquiao now fights for his people both inside and outside of the ring. Now at the height of his career, he is faced with maneuvering an unscrupulous sport while maintaining his political duties. The question now is, what bridge is too far for Manny Pacquiao to cross?