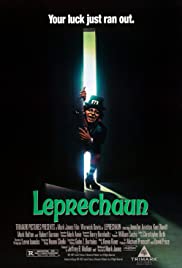 A horrific Leprechaun goes on a rampage after his precious bag of gold coins is stolen. He uses all of his magical destructive powers to trick, terrorize and kill anyone who is unlucky enough to hinder his relentless search. In a frantic attempt to survive the wrath of the Leprechaun, Tori and her friends scramble to find the only weapon known to kill this Irish monster…a four-leaf clover.