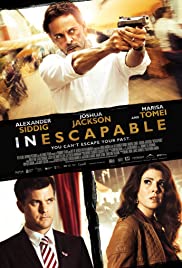 Twenty-five years ago Adib (Alexander Siddig, Syriana, Cairo Time), a promising young officer in the Syrian military police, suddenly left Damascus under suspicious circumstances. Abandoning the love of his life Fatima (Marisa Tomei, The Wrestler, The Ides of March), he made his way to Canada and wiped the slate clean. With a beautiful wife, two grown daughters, and a great job in Toronto, Adib is confident he s built a successful life from scratch. But when his daughter Muna suddenly disappears in Damascus, his past threatens to violently catch up to him. Teaming up with a Canadian emissary (Joshua Jackson, Fringe), Adib must now confront the turmoil he thought he left behind so many years ago in order to find Muna.