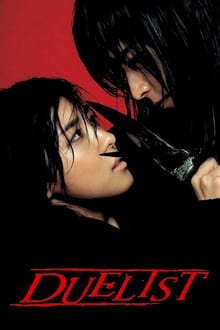 Set years ago in the era of the Joseon Dynasty, the story follows a young police officer named Namsoon (Ha Ji-won) who, along with her fellow officers, discovers a counterfeit ring operating out of the area they’ve been assigned to protect. However, as the criminals aren’t just printing up their own money, they also plan to use it to topple the economy and take down the government. As her investigative work continues, Namsoon soon makes the acquaintance of a young man known only as Sad Eyes (Gang Dong-won), for the way that he looks out at you from underneath his hair – he doesn’t say much, but he’s got that look and that’s all it takes to pique Namsoon’s interest in him, even if she shouldn’t be thinking those thoughts about someone she might have to toss in jail. Of course, Namsoon can’t deny her feelings even if the object of her affection belongs behind bars, and it’s not long before she’s starting to act on her emotions.