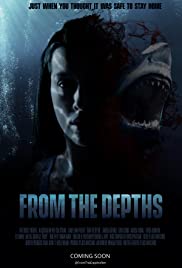 After surviving a shark attack a young woman is plagued by nightmares of being stalked in the dark sea by a ravenous predator, and hallucinations of visits from her sister and boyfriend, both who were killed in the attack.

Watch From the Depths