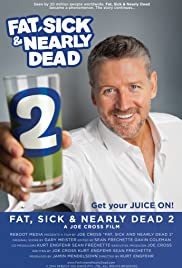 Joe Cross took viewers on his journey from overweight and sick to healthy and fit via a 60-day juice fast in the award-winning Fat Sick and Nearly Dead. With Fat, Sick & Nearly Dead 2, he looks at keeping healthy habits long-term.