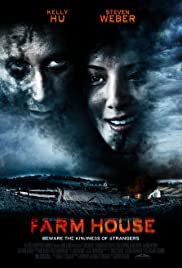 Set in the modern day mid-west, the film focuses on a young couple trying to establish a new life. They become stranded in a very isolated vineyard. They are forced to face secrets from their own pasts and the malicous intents of the vineyard’s inhabitant who turn out to be demons from hell.