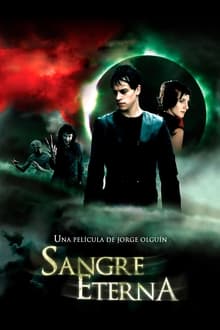 Carmilla, A journalism student, meets a group of kids that play a role-game called “Eternal Blood”. She gets interested in this hobby by “M”, a young man she met in a philosophy seminar. “M” gets Carmilla into the role game; but in a strange party at an abandoned house, the group meet “Dahmer”, an unusual young man who makes rituals about vampirism and shortly he begins influencing his friends. “M” realizes the situation is unusual and that some of them are actually being transformed into vampires. In the investigation of the origin of these myths, “M” finds the way to revert the group’s process. The philosophy professor gives him some texts about this issue that might help him find the way to save their souls…