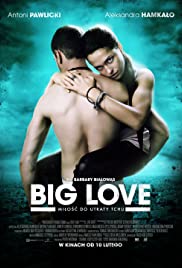 Emilka meets the slightly-older Maciek out at a club one night. He shows Emilka—who was brought up by a single mom—a whole new world filled with desire, passion, restlessness and rebellion. The girl moves in with him and at first everything seems just perfect, but gradually Emilka discovers her separate identity, and starts to grow apart from him. When her dream of becoming a singer comes true, Maciek feels threatened. A toxic love game begins, full of lust and jealousy.