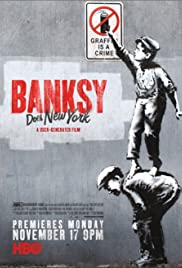 On October 1, 2013, the elusive street artist Banksy launched a month-long residency in New York, an art show he called Better Out Than In. As one new work of art was presented each day in a secret location, a group of fans, called “Banksy Hunters,” took to the streets and blew up social media.