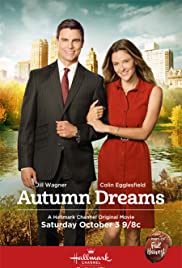 With plans to leave their small town, teenage loves Annie and Ben elope. Their big city plans are halted, though, when Annie’s parents have the marriage annulled. Ben moves to New York, while Annie stays in Iowa to help her family. Fifteen years later, both engaged to their respective fiancés, the two discover that their annulment was never finalized. They reunite to make their divorce legal, but begin to reminisce about what could have been. When romantic feelings resurface, Annie and Ben must decide if their past love could be the love of their future.