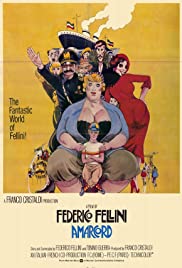 In an Italian seaside town, young Titta gets into trouble with his friends and watches various local eccentrics as they engage in often absurd behavior. Frequently clashing with his stern father and defended by his doting mother, Titta witnesses the actions of a wide range of characters, from his extended family to Fascist loyalists to sensual women, with certain moments shifting into fantastical scenarios.