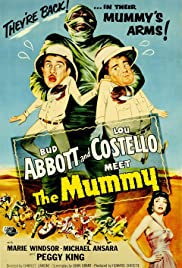 When the murder of an archaeologist puts a valuable medallion into their hands, Abbott and Costello waste little time in trying to sell it, only to find themselves pursued by police, a slinky adventuress, an Egyptian high priest, and the mummy himself.