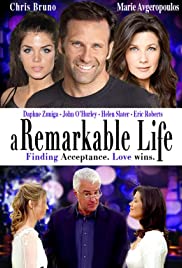 There are many things in life that could do a number on a man’s masculinity. Lenny Babbitt has his identity and manhood challenged when his wife Tracy leaves him for a female doctor named Iris who has been treating their autistic son Isaac. After losing his job, and wife to a woman no less — Lenny’s dad Jack offers him a job at his pawn shop where he must re-examine his identity, manhood and sense of self after meeting Chelsea, a young, free-spirited pistol that lives life on two wheels. In the end, Lenny realizes that there are no absolutes… only one’s faith, sense of self and family — no matter how it’s constituted or defined by society.