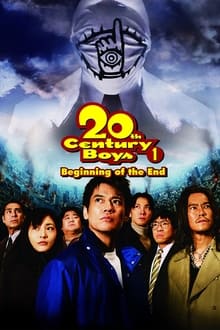 In 1969, Kenji, an elementary school kid and his friends built a secret base during their summer holidays. They fantasized that they had to fight villains who were out to conquer the world and wrote them in the Book of Prophecies. Years later in 1997, Kenji becomes a convenience store manager and leads a regular life after giving up his dreams to become a rock star. His boring life is suddenly turned upside down when his old classmate dies mysteriously and an entire family in the neighbourhood disappears. At the same time, a religious cult and its mysterious leader, Friend emerges and a strange chain of events duplicating exactly the events described in the Book of Prophecies follow. Is this the beginning of the end of the world? Who is Friend?